Results The 20/20DC report for USAID and relationship
and efforts with Cargill helped get Stevia GRAS
certified with a 2020 expected annual sales
approaching $1 billion USD.

Stevia Case Study
Paraguay – everlasting impact of the 20/20DC efforts in Paraguay can be found on the retail shelves and in cupboards around the world. Looking for trade between Paraguay and the USA the Administrations of both countries turned to USAID to find areas of opportunity. One of these areas was in the production and export of stevia which is an indigenous plant in Paraguay with centuries of history. The product was not allowed into the USA as an ingredient and was limited in the food chain as a dietary supplement. To get real sales it needed to be utilized as an ingredient where it’s natural sweet flavor could be used as a natural calorie free sweetener. To do that the product had to be designated as Generally Regarded as Safe (GRAS). However, there were old reports, which were later proved flawed, that said that stevia caused miscarriages. This report had been found flawed, but the USA sugar and nutraceutical sweetener industry found enough cause to keep stevia out of the main food chain.

To achieve GRAS status requires an investment that is estimated at $100,000 as a starting point and can go up exponential rate depending upon difficulties or challenges. With this high cost, coupled with the fact that nobody has patent rights to stevia, it is not logical for a single company to invest in the GRAS certification only to face competition from everyone else who benefits from your investment once approval is achieved. Unless, you are Cargill and can dominate the industry by leading the industry. Our efforts engaged Cargill into the process of getting stevia GRAS certified.

In 2004 the USAID Paraguay Vende project in Paraguay published a report titled “Stevia de Paraguay” to support the natural sweetener indigenous to Paraguay – stevia. This report was the result of a high political level agreement of the USA to support trade with Paraguay. The results of this report, and efforts by the 20/20DC team were instrumental in stimulating the Cargill engagement in getting stevia Generally Regarded as Safe (GRAS) certified. This GRAS certification opened opportunities for stevia to be utilized as a food ingredient versus just a dietary supplement. With this GRAS status and Cargill support major companies like Coca Cola and Quaker took on stevia as a natural sweetener for their products. In 2020 Stevia sales were estimated to be at a global $895 million USD. While 20/20DC can’t claim all the credit for the success of stevia (as they can with red quinoa) their efforts in the 2004 report were a solid stimulus to the industry.

Unfortunately for Paraguay the GRAS status of stevia hasn’t resulted in the sales success that they desired. Stevia can be grown in almost every country of the world so for Paraguay to be competitive they had to have the lowest cost of production and delivery to the market. In our report we warned of this situation as at the time of the report Paraguay had about 600 hectares of stevia and China had about 6,000 an companies in California were ready to jump on the stevia wagon as soon as GRAS was achieved.

Chinese production was targeted to the Japan market where they have no sugar plantations and had allowed stevia as a food ingredient since prior to WWII.

One of the main problems that Paraguay run into was that their product was “too good” for the market with a higher purity than formulations had been developed utilizing inferior product. This is a great example of the necessarily to produce what you can sell, even if it isn’t the best product from a technical standpoint. Not all cars are luxury cars, yet 17 million are sold annually! 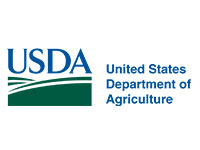 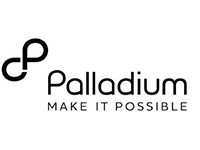 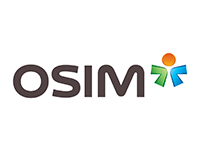 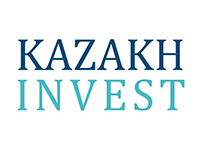